This is the traditional symbol for the forces of yin and yang, sometimes described as two fish swimming head to tail. The left half is yin and the right half is yang. Taken literally, yin and yang mean the dark side and sunny side of a hill.

People commonly think of yin and yang as opposing forces. However, it is really more appropriate to view them as complementary pairs. The Chinese believe problems arise not when the two forces are battling, but when there is an imbalance between them. Floods, divorce, or even a fire in the kitchen – all can be attributed to disharmony in the forces of yin and yang.
How does the concept of yin and yang relate to food?
A basic adherence to this philosophy can be found in ANY Chinese dish, from stir-fried beef with broccoli to sweet and sour pork. There is always a balance in color, flavors, and textures.

However, belief in the importance of following the principles of yin and yang in the diet extends further.
Certain foods have yin properties, while others have yang properties – Cooling or warm, fat or non-fat, high-calorie or low- calorie, and etc.

Almost no foodstuff is purely yin or yang – it’s more that one characteristic tends to dominate. It also reinforces that it is not so much the individual ingredients, as the the balance and contrast between ingredients in each dish, that is important. Interestingly, cooking methods also have more of a yin or yang property, as the list below demonstrates 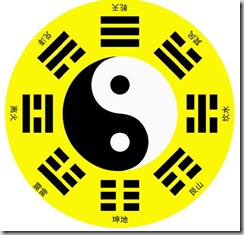 Chinese food emphasizes on consuming a diet that contains a healthy balance between yin and yang. You’ll find most Chinese dishes are made of a mixture of ingredients and each meal is made up of a combination of dishes.